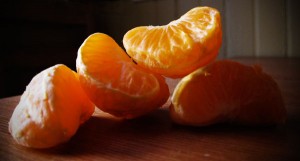 Hello there, internet! Things have been busy around here! The past few months have been a whirlwind, but I finally have time to catch my breath. Phew.

Here are a few of the adventures I’ve been stirring up lately:

In November I launched Deluxify, an independent user experience research practice. Since then I’ve worked on lots of awesome projects with companies including Adaptive Path, Digg, Answerlab, Punchcut, and LendAround. Like I said, it’s been busy!

Last week I spoke about remote user experience research at the UX Web Summit along with Daniel Burka, Cindy Li, Dan Rubin, and other smart folks.

In September I’ll be doing a talk and a workshop at an as-yet-unannounced conference. Will report more once details are available.

I’m excited to announce that I’ve started writing as a columnist for UX Magazine. My first article is Usabilla and Loop11: Taking remote research tools on a test drive. If you have ideas for UX tools you’d like for me to write about, or people I should interview, drop me a line.

I travelled to Atlanta in December, Austin in March, and New York, Boston, and Portland (Maine) in April. And then I’ll be in Atlanta again in June, and September, and December. Hopefully the next six months will also involve travel to places that are not Atlanta.

OK, so this one is particularly weird and awesome. My little terrarium project totally blew up on the internet in February. The tutorial I wrote got over 10,000 page views within a week and got picked up by the likes of The Huffington Post thanks to hundreds of tweets, blog posts, etc.

I created Tiny Terra to share terrarium photos and started a successful store on Etsy. But here’s the thing — when a project goes from the experimental “Hey, can this be done?” stage to the “Time to make the donuts…” stage something big and essential is lost. So I’m pondering what’s next for the terrarium project. I might shutter the Etsy store and go back to just making them for friends. I might try expanding my use of materials and do something really different; what would a paleo-terrarium look like, for example? What about terrariums that have clocks or robots or LCD lights? Or seamonkeys? Or miniature wave machines? Clearly it’s time to do some playing around.

That’s all for now. Follow along on twitter.com/j for only slightly more frequent updates.

As previously noted, I gave a presentation to BayCHI on January 12, 2010. Folks have been asking for the slides — here you go! (photo by Coley Wopperer)

Tomorrow, September 17 at 12pm CT Mark Trammell and I will be presenting a talk on “Effective User Research” as part of the DIYsummit. I’m pretty excited. This will be a great group of speakers, and the folks behind the scenes (waving to Christopher and Ari) know their stuff.

The DIYsummit will take place online. This does not, however, make it a “webinar” at least as far as my definition goes. A webinar is a slog through PowerPoint slides, presented online by a lifeless salesperson trying to sell some enterprise software solution. The DIYsummit looks like it will be a well-crafted and really engaging online learning experience.

Anyway, wish us luck and I hope to see you online tomorrow! At Lumos Labs we’ve been enjoying this excellent introduction to brain anatomy.